If you follow me on Twitter or Facebook (shameless plug: please follow me on Twitter or Facebook) you will have seen that I have been recently posting a lot about Shaken Baby Syndrome (SBS). Most notable was some excellent reporting by Yvonne Abraham of the Boston Globe about recent controversies surrounding SBS prosecutions by the Middlesex District Attorney’s Office. This was of particular interest to me since I’ve been a defense attorney practicing in Middlesex County for over a decade and have handled many child abuse/SBS cases. Shaken Baby Syndrome is a form of child abuse that presents as bleeding and brain swelling in an infant that is believed to be caused by the violent shaking of an infant. Tragedy is compounded when faulty and unethical prosecutions for SBS proceed: there is a dead or severely injured child and grieving parents/caregivers falsely accused of crimes when no crime was committed.

To be clear, I am not questioning for a moment that children are abused. Child abuse is pervasive and some children are abused so brutally that they either die or never fully recover from their devastating injuries. People who shake, hit, punch, and throw their infants need to be prosecuted. But when SBS prosecutions rely on flawed interpretations of physical signs and symptoms, they may result in families being torn apart and innocent people being sent to prison. There have been advances in the understanding of the complexities in making a diagnosis of child abuse (and more specifically, SBS) that have been ignored by prosecutors, their so-called “child abuse experts”, and the courts. 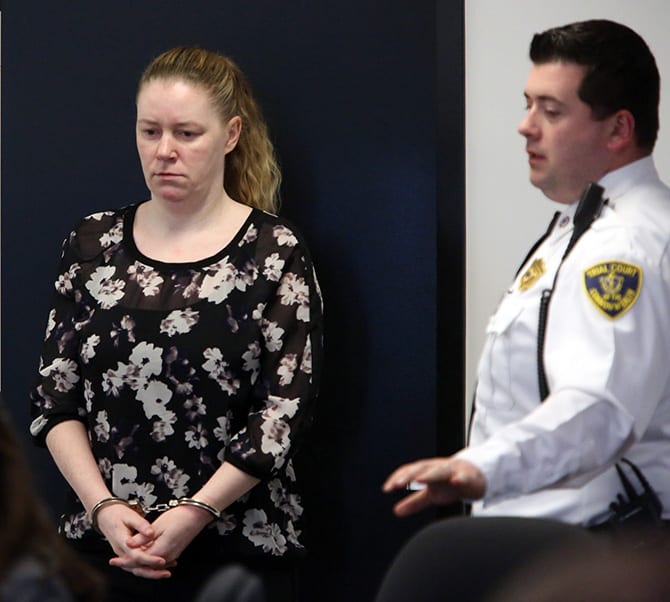 Issues surrounding the diagnosis of SBS made headlines recently with the Middlesex DA’s Office dropping murder charges in two high profile cases in less than a year. The first was Geoffrey Wilson, a father accused of killing his six month old son; the second was the “Irish Nanny” Aisling Brady McCarthy, whose case has been making headlines for the past two years since her arrest. In both cases, the prosecution’s medical expert was Dr. Alice Newton, who is frequently brought in as an expert in child abuse diagnosis by the Middlesex DA’s Office. In both cases the accused were charged based on her diagnosis of SBS. In both cases individuals from the medical examiner’s office (who perform autopsies) reversed its initial determinations that the child’s death was a homicide and found that the cause of death was “undetermined.” After Ms. McCarthy was charged and held without bail, prosecutors consulted with an eye specialist regarding the child’s retinal hemorrhaging who raised the possibility that the injuries could have been caused by something other than abuse. The DA’s office did not inform defense counsel about this questioning of the diagnosis until one year later when a superior court judge forced them to do it. Defense counsel were never even informed about the consultation with that doctor; they heard about it by chance. In Mr. Wilson’s case, the medical examiner claims that the DA’s Office bullied him to stick to his original homicide ruling even when new evidence suggested that the initial determination was flawed.

Controversy with SBS diagnosis within the medical community is not new. Concerns that so-called child abuse experts have been too quick to make the diagnosis has been an ongoing concern for many years. Controversy with SBS prosecutions by the Middlesex DA’s Office is not new either. In 1997, Louise Woodward, a British nanny, was tried and convicted in the Superior Court in Middlesex County in a highly publicized case that introduced many Americans to SBS. The lead expert for the prosecution, Dr. Patrick Barnes, has since refuted his diagnosis based on new research on SBS symptoms. He has been quoted stating that based on what is known about SBS now, his diagnosis was a rush to judgment because the child’s injuries could have been caused accidentally. I consulted with Dr. Barnes on a shaken baby case many years ago and he explained that physical symptoms that result in diagnoses of SBS may be caused by something other than abuse, such as accidental injury or a medical condition. Unaware of his history with the Middlesex DA’s Office, I mentioned my intention to hire him to the Middlesex prosecutor handling the case and I saw smoke come out of her ears. It became clear that her office believed that Dr. Barnes had disgraced himself by publicly reversing his opinion on the Woodward matter and that his motivation to get attention and make money. I ultimately did not hire Dr. Barnes, despite his stellar reputation, because I feared that his opinion would be ignored by the prosecutor just because of his history with that office. Instead I hired another well-respected doctor whose opinion was also ignored. In the SBS cases that I have handled (all of which have been in Middlesex County), alternate causes of perceived injury have never been considered and ruled out by the prosecution’s expert. It has fallen on me, the defense attorney, to explore the possibility of other possible causes and to prove it to the judge or jury. That is not how prosecutions are supposed to work.

The Supreme Judicial Court of Massachusetts has explained that “a prosecutor has the responsibility of a minister of justice and not simply that of an advocate.” Unlike all other types of lawyers, a prosecutor is required to seek justice and not just try to win the case. As part of that responsibility, prosecutors are required to turn over all exculpatory evidence (evidence that puts into question the defendant’s guilt) which clearly had not been done in the McCarthy case. Defense attorneys fight hard for their clients, regardless of whether that client is guilty or innocent; sympathetic or objectionable. As such we are often perceived as “hired guns” ready to say anything or do anything to get our client acquitted. As a result, when the truth seeking role of the prosecutor is ignored and the defense attorney is left to prove her client’s innocence, false convictions occur.