It’s Tough Being a Kid: Restraining Orders Against School Bullies 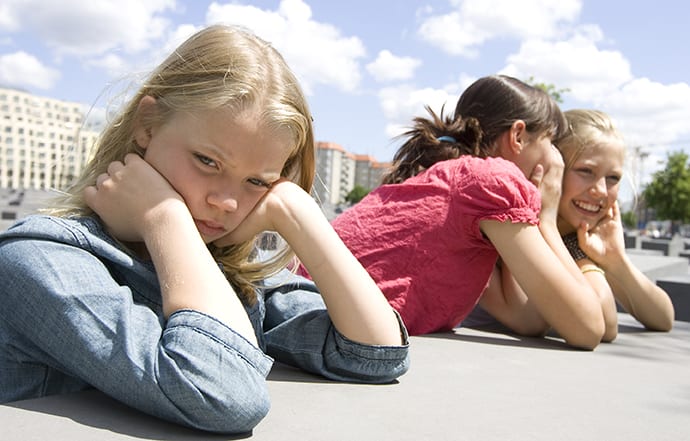 Do you understand a harassment prevention order? MA is home to a criminal defense firm that can help educate you

I want to tell you about an interesting case recently decided by the Appeals Court in which a school-age girl was granted a harassment prevention order against an 11 year old classmate who was bullying her. Bullying in school has been getting much needed attention for the past few years and the month of October (which is about to end) has been designated Bullying Awareness Month. In 2014, An Act Relative to Bullying passed in Massachusetts which required schools to create a Bullying Prevention and Intervention Plan that met certain requirements including alerting local police department of qualifying incidents in their schools. This case, however, did not involve the school as the young girl’s parents hired a lawyer who went to court for the restraining order against the boy.

The case is called A.T. v. C.R. which are the initials of the two kids. To get a harassment prevention order, a judge must find three or more instances of intentional conduct aimed at a specific person that caused fear, intimidation, abuse or damage to property. Each act must have been intended to place the person requesting the order in “fear of physical harm or fear of physical damage to property.”

The qualifying incidents for the harassment prevention order were: 1) the boy (C.R.) had a friend record him as he spoke to the girl (A.T.) on a video chat program and commented on her large breasts; the friend later sent the recording to A.T; 2) the following day C.R. approached A.T. in gym class and warned her that he would make her life “a living hell” if she showed the video to anyone; 3) one of C.R.’s friends loudly described C.R.’s sexual fantasy about A.T. as C.R. corrected him on specific details in front of A.T. and many of their classmates; and 4) C.R. approached A.T. at a school play and told her that he wanted to punch her in the breasts.

The behavior that resulted in the issuance of the order was mean, sexualized, and certainly would cause tremendous embarrassment and anguish for any 11 year old girl. While I don’t dispute that the threat to punch A.T. in the breasts met the requirements to qualify as a single act of harassment, I am hard-pressed to see the other incidents (although troubling and disturbing) as intended to place the young girl in “fear of physical harm or damage to property.” The Appeals Court was divided on this issue so we may see the Supreme Judicial Court weigh in in the near future.

For parents of a child being bullied, this raises an opportunity for legal action in the event that they are not satisfied by the actions being taken by the school. For parents of a child who is served notice for a hearing for such an order, there is reason to be concerned: as the law stands now, a series of mean acts that embarrass a classmate could result in the issuance of a harassment prevention order. A harassment prevention order is a legally binding court order that is designed to prevent contact and/or abusive behavior between two parties. A restraining order is a civil order so the issuance of such an order is not a criminal matter. However, if one or more terms of the order is violated, a crime has been committed. Your kids are at school all day without you watching their every move and it should be deeply concerning that your child might be charged with a crime if s/he should violate a condition of a court order.