Teenage Sexting: What Young People (and their parents) Need to Know 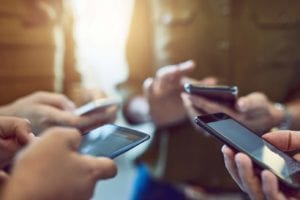 Earlier this week I heard from a parent of a student at a local middle school that there was a “sexting” incident at the school being investigated. It was the parent’s understanding that a female student sent a nude photo of herself to a male student who then passed it on to others. Soon the photo was being passed on throughout the school and the administration got wind of it. This type of scenario is happening all over the country and is not unique to this middle school nor is it unusual by any means. A 2014 study published in Pediatrics, the journal of the American Academy of Pediatrics, found that out of 422 students, 22% had engaged in sexting. A 2012 survey by the Massachusetts Aggression Reduction Center (MARC) of 18-year-olds found 30% had sent nude pictures during high school, and 45% had received them.

Here’s Why This is More Than Just a “School Incident”

If the photo of the nude girl was taken by someone else, the person involved in the photography could face charges of Posing a Child in a State of Nudity. In other words, the photographer or videographer of nude or sexual images of a person under 18 can be charged with making child pornography even if that person is just filming a girlfriend or friend who is aware what they are doing. Posing carries a ten year mandatory minimum state prison sentence.

Note: Governor Baker has filed a bill that intends to refer most sexting cases to educational diversion programs but allows prosecutors to proceed with prosecution when they see fit. The same bill did not make it out of committee last year.

Yeah but they’re just kids! They aren’t going to get charged, are they?

That depends on the county District Attorney (and how angry and vocal the family of that young girl is.) If there is probable cause that individuals have broken the law, then they can get charged. Even a minor can be charged – they would face delinquency charges in the Juvenile Court.

In September 2015, two North Carolina 16 year olds, a boyfriend and girlfriend, were arrested and charged with multiple felony counts of sexual exploitation of a minor after nude photos of each teen were found on a cell phone belonging to one of them. Both teens were charged as adults.

In 2017, a 14-year-old girl in Minnesota used Snapchat to send a revealing selfie to a boy at her school who then distributed it to other students without her permission. The county prosecutor charged the girl with felony distribution of child pornography.

While a district attorney has the discretion to decline to prosecute a case like this, they may face the wrath of public opinion.

Protect the Young People in Your Life

In addition to speaking to the young people in your life about privacy and smart use of technology, you should let them know that if they are ever approached by police or school officials asking about images or recordings on their phone, they should refuse to answer the question and call you even if they think they have nothing to hide. If they are asked by police or school officials to look at their phone or computer, they should refuse and call you. A search warrant is required for such a search and by agreeing to the search, the warrantless search becomes legal. If that young person is apprehensive at the thought of refusing to answer questions or to permit the search of their phone, give them the easier alternative of instructing them to say that their parent/guardian told them to call right away if something like this ever happened. And then please feel free to call me. A conversation with a lawyer could save the young person in your life from felony convictions and sex offender registration.

← What is Indecent Assault & How Can a Defense Attorney Help with this Charge?
→ Criminal Law Firms: Boston & Surrounding Areas Trust Our Defense