Home / Criminal Defense - Knowledge Sharing / Why You Should Not Speak To Th ... 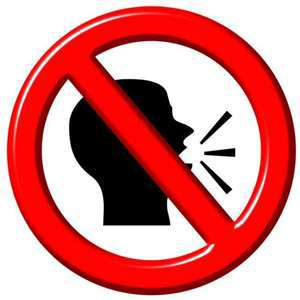 Why would a detective call you? Clients have told me: “A detective wants to meet with me.” I advise against it and the reasons are outlined below

At least once a week I get a call to my office from someone telling me that the police would like to speak to them. I am grateful for their call because most people will speak to a criminal defense lawyer AFTER they’ve spoken to the police (and are usually facing charges).

It’s your choice whether to speak to the police but you are never under any obligation to do so. The constitution permits you to refuse to speak to police regardless of whether you are under arrest. Why would a detective call you? Let me spell this out: if a detective contacts you and asks you to have a chat about an investigation, you don’t need to talk to him; if you are under arrest and are invited to “give your side of the story” you also do not need to talk to him. It seems that most people understand that if they have something to hide then they should not speak to the police (but many do so anyway thinking they can talk themselves out of a bad situation) but few are inclined to refuse to speak to the police if they haven’t done anything wrong.

I am going to give you a few examples of people doing damage to themselves by speaking to the police even when they had nothing to hide. I am using the name Jason in all the examples. Jason is not a real person but the examples are loosely based on real situations that I have come across in my practice.

A convenience store was robbed by a young white man wearing a black hooded sweatshirt at 2 a.m. Half an hour later the police come across Jason walking ten blocks away. Jason is young, white and wearing a black hooded sweatshirt. He is brought to the police station for questioning and he willingly speaks to the detective hoping to clear things up. When asked about his whereabouts that night, he explains that he left a party (which happened to be down the street from the convenience store) a little before 2, smoked a few cigarettes outside with a friend, and then was walking home when the police stopped him.

Did speaking to the police help Jason? Of course not! Before he spoke to them all they had was a young white kid in a sweatshirt walking ten blocks away from the store half an hour after it was robbed. Now after speaking to the police and denying his involvement (which will be viewed as self-serving and will not be believed) they have Jason admitting to leaving a party just down the street from the store around the time of the robbery and remaining in the area for some time. While the case against Jason is not strong, it is much stronger than it would have been had he remained silent.

Jason gets a call from a detective asking him to come in to talk to him about some allegations made by his nephew. Jason has already heard through family gossip that his 4 year old nephew said something about him touching his “peepee.” Jason has never and would never do such a thing and is eager to clear things up. He comes into the police station and meets with the detective and adamantly denies ever touching his nephew improperly. The detective then asks him, “why would your nephew say something like that?” Jason has no idea but starts offering possible explanations: he and his nephew have tickle fights and if it is right after his nephew’s bath, he might still be naked. Jason posits that maybe he accidentally touched his nephew during the tickle fight but does not believe that he ever did.

Did speaking to the police help Jason? Of course not! Before he spoke to the police they had a statement by a very young child that would raise suspicion but would be unlikely to lead to criminal charges given the age of the witness. After speaking to the detective, there is new evidence: an admission to tickle fights while the child was naked where he might have been accidentally touched. The police and prosecutor would disbelieve Jason’s claim that he never touched his nephew and would take the tickle fight explanation as a partial admission to a sexual assault. Jason would most likely be charged after saying something like that and his statement would be used against him at trial.

Jason is 18 years old and recently “hooked up” with his neighbor’s friend who, unknown to him, is 15. He thought things went pretty well but she told her neighbor that he had raped her. The police ask Jason to speak to them at the station and he agrees because he is eager to clear things up. He assures the detectives that he did not force his neighbor’s friend to do anything and also assures them that they didn’t have sexual intercourse. He explains that they went not further than him putting his fingers in her vagina and that it was consensual.

Did speaking to the police help Jason? No! Jason doesn’t know the law nor the young woman’s age and unwittingly admitted to statutory rape. In Massachusetts, penetrating a woman’s vagina with fingers supports a rape charge and the young woman must be 16 in order to legally consent. It doesn’t matter if Jason didn’t know that this young woman was under 16, and even if she had told him that she was older, he has confessed to statutory rape. The forcible rape allegation could go away if the 15 year old backed off her story but even if she didn’t, he could be found “not guilty” after trial if represented by a skilled attorney. But that admission to statutory rape will almost certainly result in a conviction to a sexual assault.

Given the three examples that I have just given, it should not surprise you that in over a dozen years of practicing criminal defense, I have never once recommended to anyone to speak to the police. When someone calls me about being contacted by the police or the Department of Children and Family (if the crime is against a child), I meet with them in my office to find out more about their case so I can advise them properly. If we decide that speaking to the police and/or DCF is not advisable, I will call the person(s) asking to speak with my client and inform them that he has chosen not to speak to them and any future correspondence should be made through me. Even the most persistent police officer knows to back off when a lawyer informs him/her that her client does not wish to speak with them.

Why would a detective call you? If you or someone you love has been asked to speak to the police about the possible involvement in a crime, please contact me so that we can talk. For future reference, if you are ever under arrest and asked to speak to an officer or detective, you have the right to refuse and I encourage you to do so. If you have anything to say that you think ought to be shared with law enforcement, we can talk about it privately and calmly after your initial court hearing. If we feel that it ought to be shared, we can arrange to speak to the prosecutor or detective together.